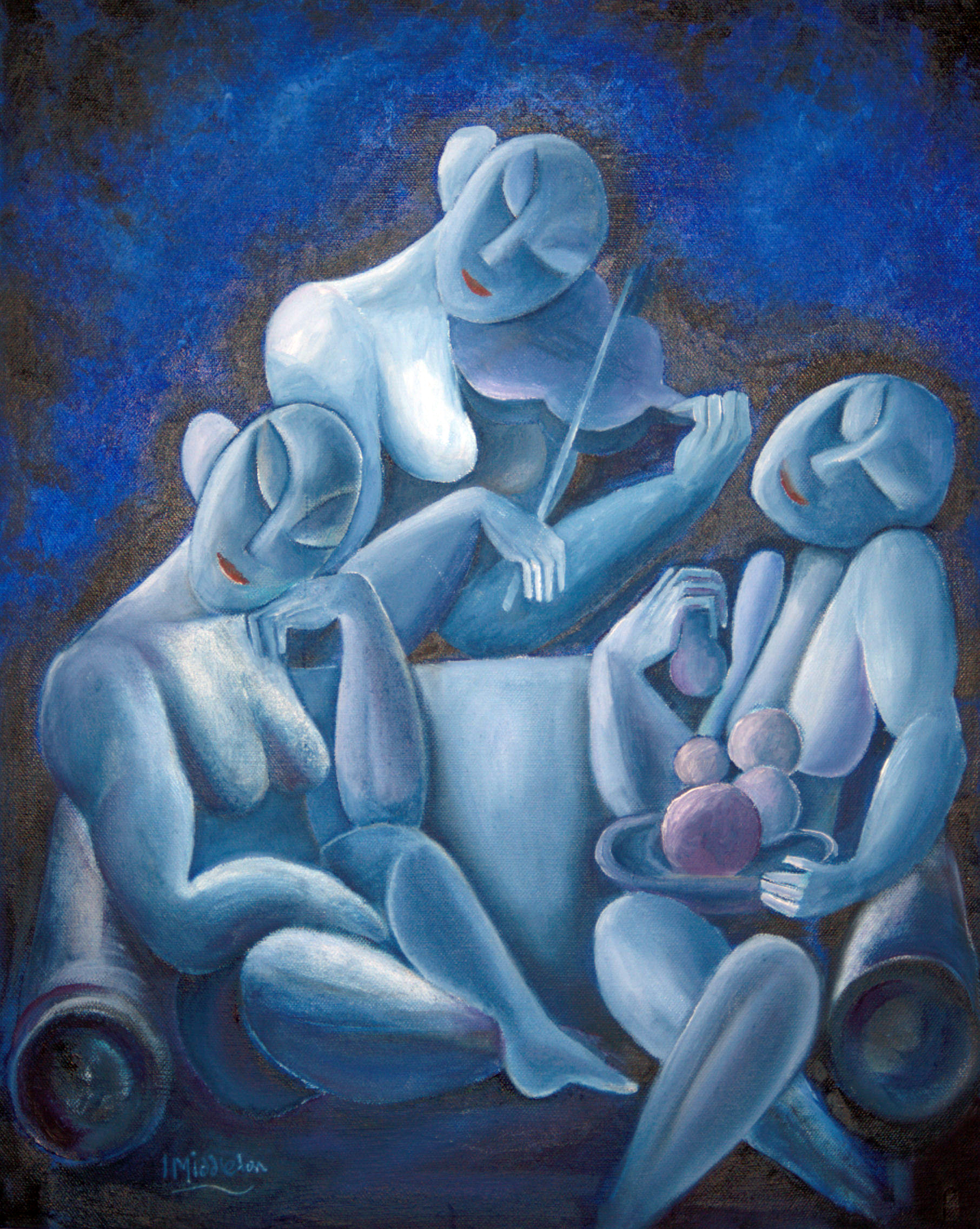 Cubism was developed between about 1908 and 1912 in collaboration between Pablo Picasso and Georges Braque. Their immediate influences are said to be Tribal Art (although Braque later disputed this) and the work of Paul Cezanne. The movement itself was not long-lived or widespread, but it began an immense creative explosion which resonated through all of 20th century art.

The key concept of Cubism is that the essence of objects can only be captured by showing it from multiple points of view simultaneously.

Cubism had run its course by the end of World War I, but among the movements directly influenced by it were Orphism, Purism, Precisionism, Futurism, Constructivism, and, to some degree, Expressionism

Delaunay was fascinated by how the interaction of colours produces sensations of depth and movement, without reference to the natural world. In ‘Simultaneous Contrasts’ that movement is the rhythm of the cosmos, for the painting’s circular frame is a sign for the universe, and its flux of reds and oranges, greens and blues, is attuned to the sun and the moon, the rotation of day and night. But the star and planet, refracted by light, go undescribed in any literal way. “The breaking up of form by light creates coloured planes,” Delaunay said. “These coloured planes are the structure of the picture, and nature is no longer a subject for description but a pretext.” Indeed, he had decided to abandon “images or reality that come to corrupt the order of colour.”

The poet Guillaume Apollinaire christened Delaunay’s style “Orphism,” after Orpheus, the musician of Greek legend whose eloquence on the lyre is a mythic archetype for the power of art. The musicality of Delaunay’s work lay in colour, which he studied closely. In fact, he derived the phrase “Simultaneous Contrasts” from the treatise On the Law of the Simultaneous Contrast of Colours, published in 1839 by Michel-Eugène Chevreul.

Absorbing Chevreul’s scientific analyses, Delaunay has here gone beyond them into a mystical belief in colour, its fusion into unity symbolizing the possibility for harmony in the chaos of the modern world.