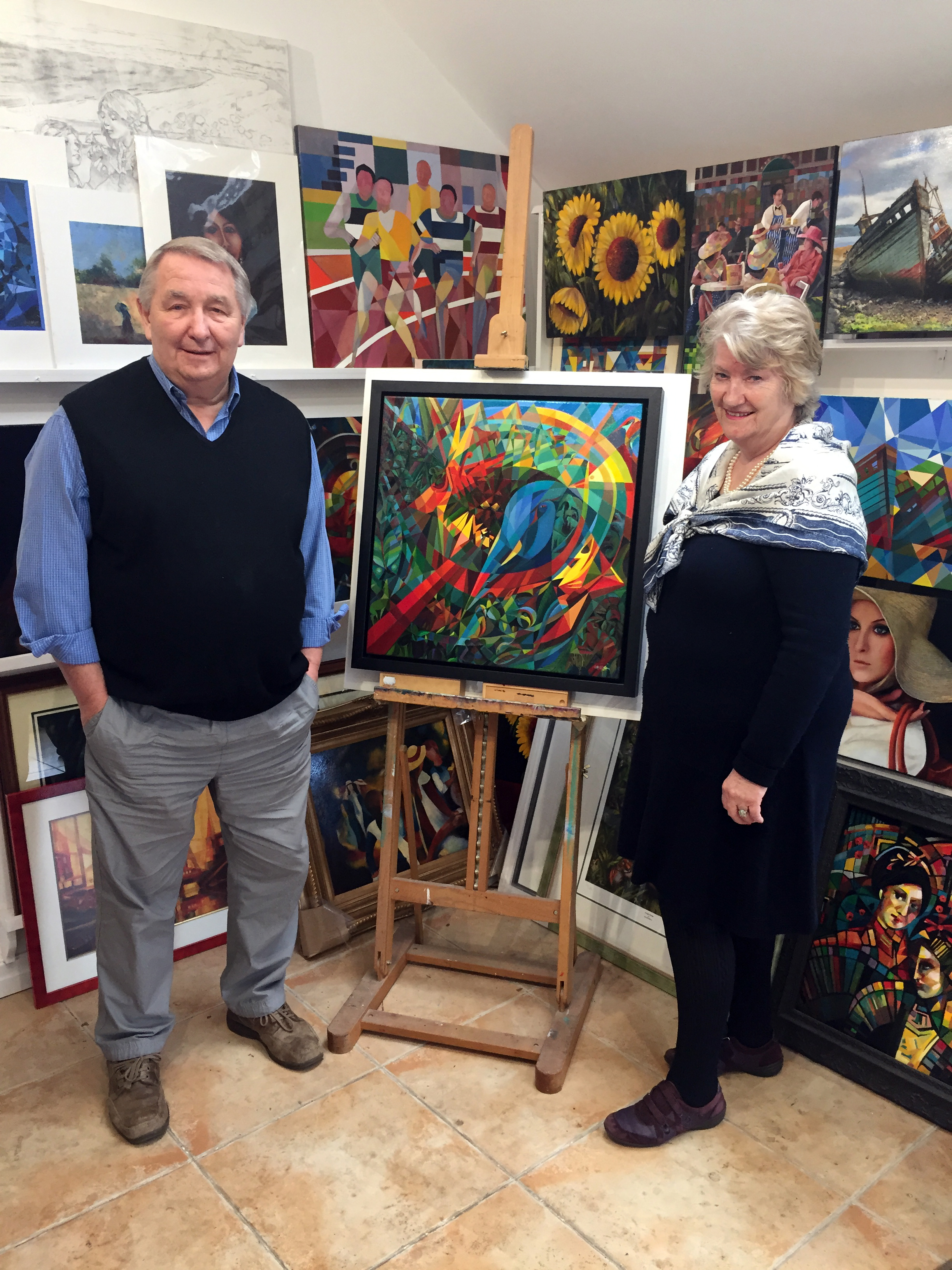 Lady Kate Cotton called off at Ian’s studio in Burley along with John Hepworth to get a feel for his art in general and agree the Summer Exhibition Marie Curie Auction entry of ‘Cry From The Edge II’.

Over the years, Ian has supported the charity with donated art works for auction and this was an opportunity for her to learn more about the artist’s work and discuss his future role, particularly with the Academy. She was impressed with many of his works in progress, particularly the ‘Dawn at the Boatyard II’.

The evening previously she had been attending a major Marie Curie event at the Aspire Hotel in Leeds which raised around £100,000 and was organised by John Hepworth who is the Northern president of the Charity.

In it an extra large framed limited edition print of ‘Yorkshire’ was enthusiastically auctioned off with widespread interest with a very successful financial outcome.