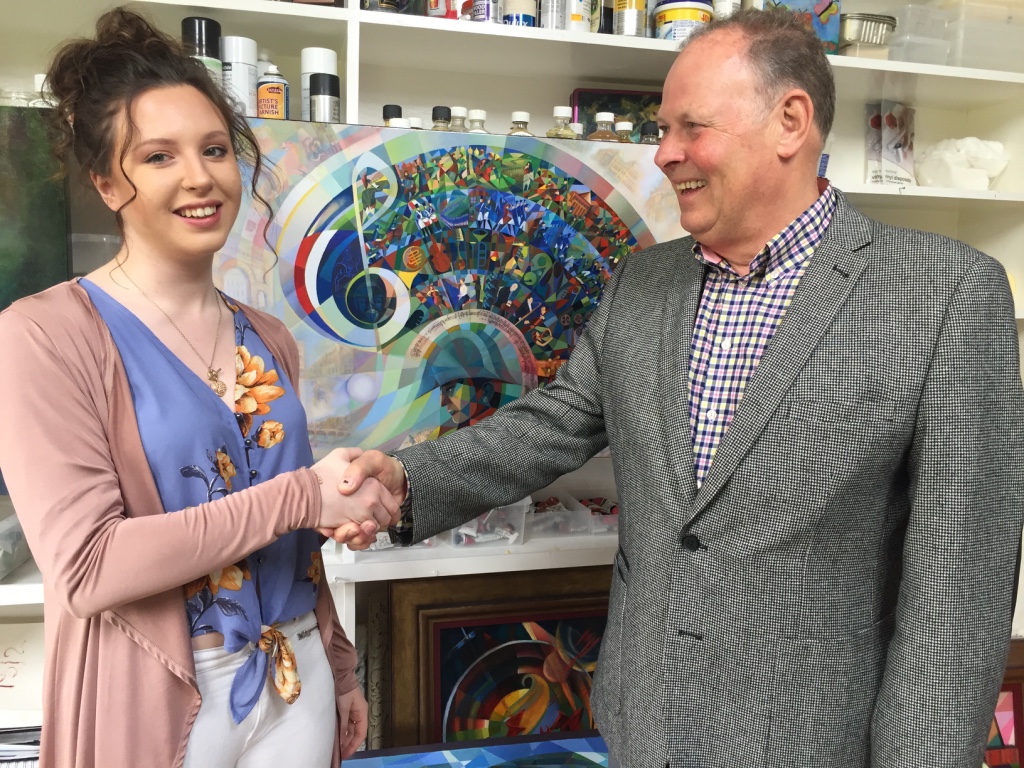 John Hepworth representing the Charity received the oil painting by Ian for inclusion in the live auction at this year’s Royal Academy Summer Exhibition in July.

This year is a variation on the 1812 work due for release on 12th May 2018 and is titled ‘1812 – War and Peace’. The painting includes the daffodils and is symbolic on the war on cancer with the peace provided by Marie Curie.

Our picture shows John receiving the painting from Rhiannon Forbes-Wake of Somerville Arts at Ian’s studio. The secondary image is of the painting itself.