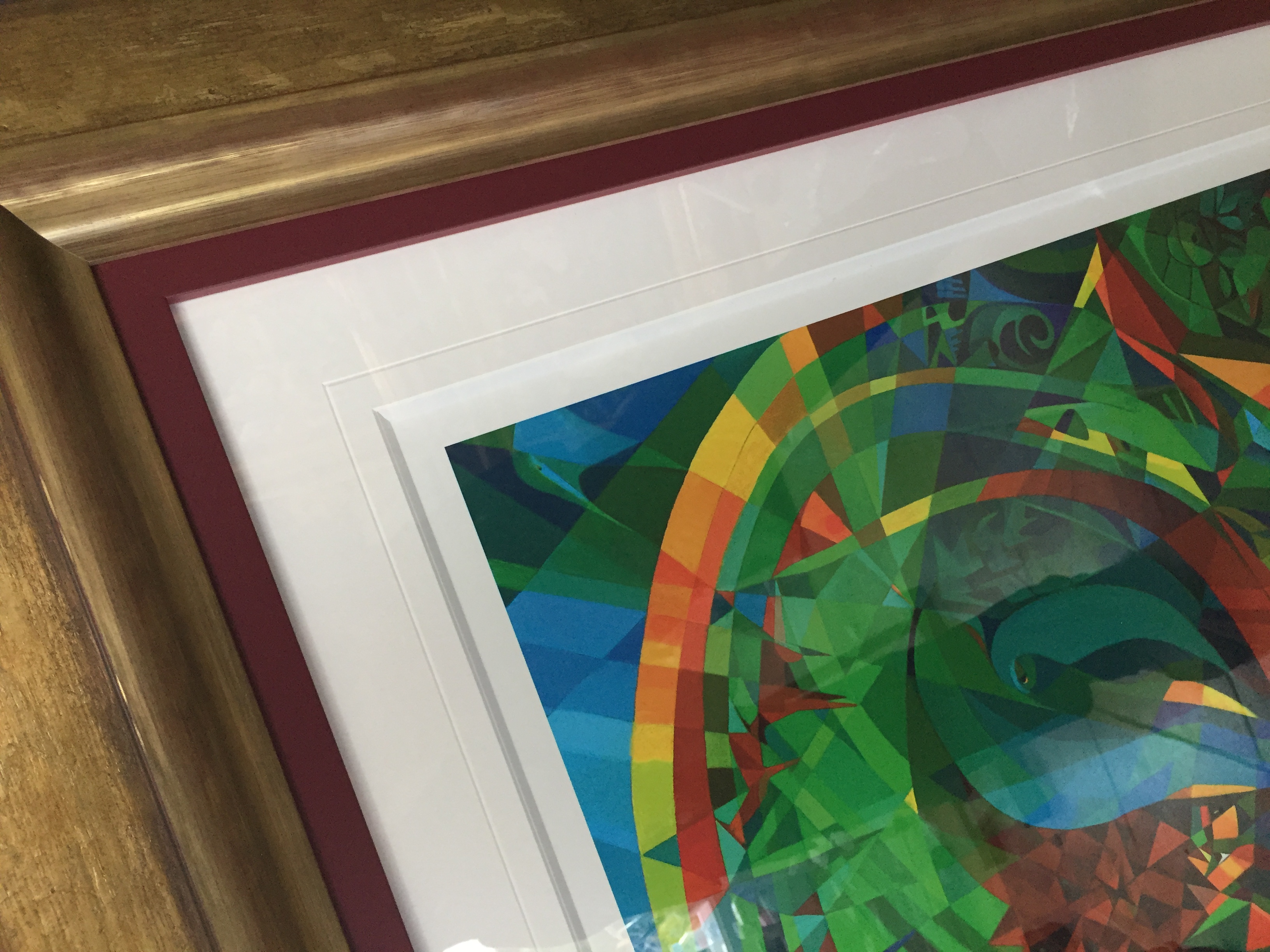 A decision has been taken to initially release up to a dozen limited edition prints covering Ian Middleton’s unique brand of original contemporary art. Ian has been greatly influenced by the German expressionist artists such as Franz Marc and August Macke who were prevalent around the turn of the century. In his early career, Ian spent considerable time at the reproduction table earning a bold reputation as a top copyist which is reflected in his vast repertoire of styles.

His own unique work, however, draws heavily upon bold, primary, contrasting hues which one press article warmly described as ‘Colourful chaos’. His paintings bring a sense of urgency and vibrancy to the proceedings. His aptly names ‘Jungle Chaos’, ‘Memories of Andalucia’ and ‘National Park’ are three good examples of what Ian is seeking to achieve in his own style of painting. He aims to create a painting which the viewer will still find interesting in say ten years time, where new ambiguous images can be appreciated from the owner’s imagination and so prove to be an ongoing talking point.

The print issue is seeking to satisfy the enthusiastic response for such when any of his own major pieces are exhibited. However, Ian has been concerned that the quality and integrity of his paintings are preserved at all costs and it is for this reason that only small limited edition releases will be considered. The maximum number envisaged is 350 which coupled with the giclee printing approach will make for a more valuable collector commodity.

All Somerville Arts prints are produced by the use of this latest, expensive giclee (zhee-clay) technology. This mechanism allows for individually produced, high-resolution, high tech reproductions from a specialized large format printer. Giclees are produced from digital scans of existing artwork.

The prints will usually be on velvet fine art paper. This 310gsm paper has a resin-based coating, acid-free cotton base matte surface with first class colour reproduction and high black density.

We make use of the high spec digital technology to produce the finest quality photographic and fine art prints. The prints are produced using Ultrachrome inks giving a light fastness in excess of 75 years.

Each print will carry an official certificate verifying it’s provenance and general specification which relates back to a formal register governing the issue.

Each print will be signed by the artist, Ian Middleton and he will also insert the number over the total issued.

Prints will be sold unmounted for ease of dispatch but framed and mounted prices will also be available to suit the customers needs. As a rough guide single mounts cost around £15 and double £25. Frames will vary considerably depending upon selection.